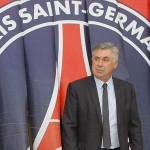 Carlo Ancelotti has once again used a gaming system without a center forward against Marseille players which Parisians are very well suited.

By winning against Marseille during the shock of the 32nd day, PSG could chase his doubts and get back in pursuit of the title. And waiting to see if Montpellier will leverage his match in advance (which will be played at the Velodrome), Paris offered some surprises against Marseille. First, the game system made ​​by Carlo Ancelotti, who fielded a team with no real front or craft center fixation point. A schematic increasingly topical in modern football, and had already been used by the Italian technician. But then, what 4-6-0 is there a remedy or a path forward on the side of Paris?

Before the kick-off against OM, we expected a Parisian team deployed in a Christmas tree diagram (4-3-2-1), the preferred tactic of Carlo Ancelotti, who has done his best days at AC Milan . One could then guess the tenure of William Hoare at the forefront of the attack to serve as a fulcrum to the midfielders. The French international makes a comeback in recent weeks, and scored points, including through the important goals against Montpellier (2-2), at OL (4-4) and Bordeaux’s (1 -1) which allowed him to relegate Kevin Gameiro on the bench.

However, Carlo Ancelotti surprised the gallery and a squad in a hybrid. Indeed, PSG has evolved into a game plan without true fixation point against Marseille. A scheme where they found Jeremy Menez in the role of false number 9, which then became involved in the construction of the game without ever playing near the opposing defenders. So, here hinge Olympian M’Bia N’Koulou had no reference point, and has struggled to adjust his game to counter the surprise of Paris technician. And in addition to this extra player in the middle, Paris has also been able to rely on a medium with three to play higher, as was the case in front of the second period against Bordeaux, at the 29th day (1 – 1).

Therefore, PSG has set up his game and has endeavored to combine in the final meters, while ensuring good coverage of the width in defensive phase. The many permutations between Pastore, Nene and Menez, also troubled Marseille defenders, who have long been discouraged at the idea of ​​following the players at their stalls in Paris. This approach has also asked a good agreement between the offensive players in the sector who provide the depth that could cause sterile possession in the last 30 meters. And if Nene, Pastore and Menez responded well against Marseille and against TFC in the first test of Carlo Ancelotti (3-1), it will see players’ reactions over time.

The main argument of this side is the hybrid 4-6-0 formation, which offers Carlo Ancelotti can deploy its defensive organization in the same way as with the 4-3-2-1. And it can also take advantage of associative qualities and mobility of the trio Nene, Pastore, Menez. French, accustomed to evolve on a wing and to return to the axis, showed yesterday that he was able to play back to goal and achieve the necessary races to help his team to move into the opponent. Now remains to be seen whether his performance will encourage Carlo Ancelotti to repeat the experience, or if things take another turn next season. What is certain is that this Parisian group seems well equipped to surprise his opponents.